In a land of fake eyelashes, fake boobs, and fake tans, it can be hard to find real friendships.  And a few celebs have learned that the hard way.  While at one time they may have been close, these 6 famous frenemies’ feuds have certainly got people talking.  Will they make up?  Or have they ditched their BFF status for good?  Click ‘Next’ to see more. 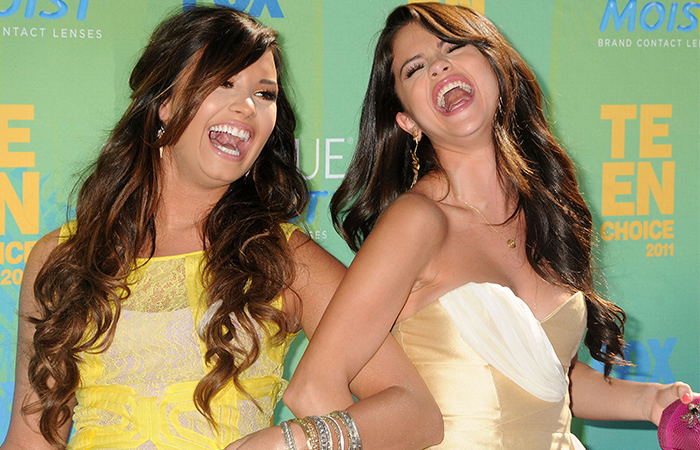 Former besties Selena Gomez and Demi Lovato have admitted their relationship has had its ups and downs.  However, their frenemy status made headlines when Demi unfollowed her friend on Twitter, following up with a nasty message that people speculated was directed at the singer/actress.  Tweeting, “Swimming away from the bulls*** by b****” (but quickly deleting it) Demi was reportedly frustrated by Selena’s constantly on-again-off-again relationship with Justin Bieber. Late last summer Demi confessed to Andy Cohen that she and Selena have “grown apart.” 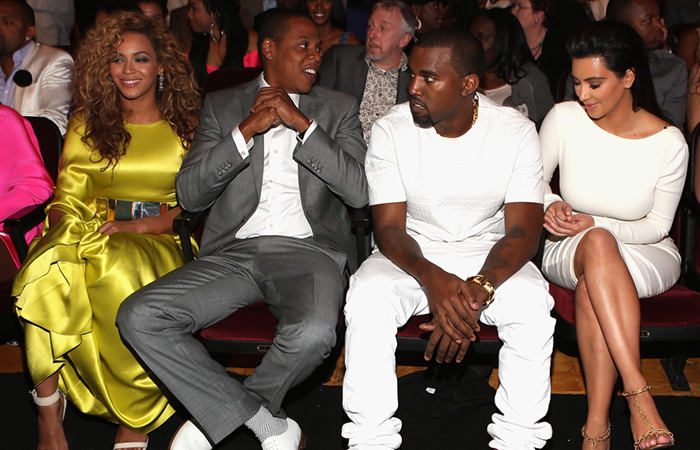 Jay-Z and Kanye West have been close friends for years, but their wives, Beyonce and Kim Kardashian, don’t seem to be as tight - despite Kim’s best efforts to buddy up to the former ‘Destiny’s Child’ singer.  Of course, fans speculate that Queen B simply would never want to hang with a reality star who shot to fame for her talents between the sheets.  The Carter’s even ditched Kimye’s Italian nuptials, with Jay-Z reportedly turning down the spot as Kanye’s best man so that Beyonce wouldn’t have to deal with the reality TV circus.  However, it appears that all has been forgiven. The power couples were recently spotted on a double date, and reportedly, Bey even managed to smile. 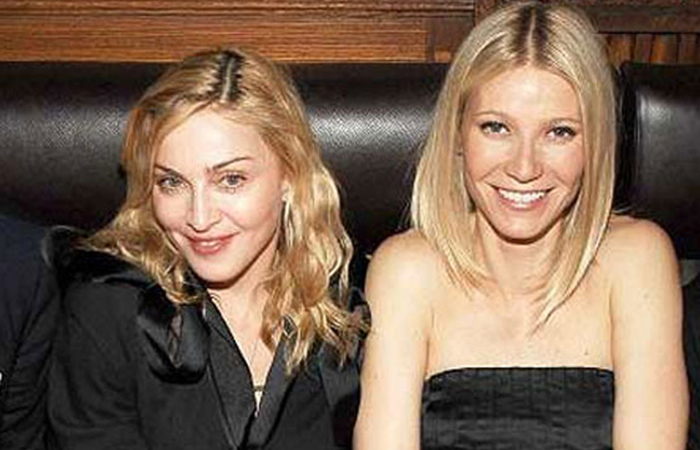 These former friends fell out after Guy Ritchie and Madonna split, leaving the singer and actress with much less in common.  To make matters worse, Gwyneth got the trainer in the friendship divorce - continuing to work with Madge’s ex-fitness guru, Tracy Anderson.  In fact, in 2008 Gwyneth told British Vogue, “I’m having a situation right now with a friend where I’m feeling pretty angry.  It’s good that [Tracy Anderson] doesn’t train Madonna any more.  It was too much…” Years later, the two still can’t stand each other, with Madonna going out of her way to snub Gwyneth at the 2013 Met Gala.  A source revealed that the pop star gave the actress the cold shoulder, but made a big effort to chat up table mate (and current Paltrow pal), Beyonce.  Ouch. 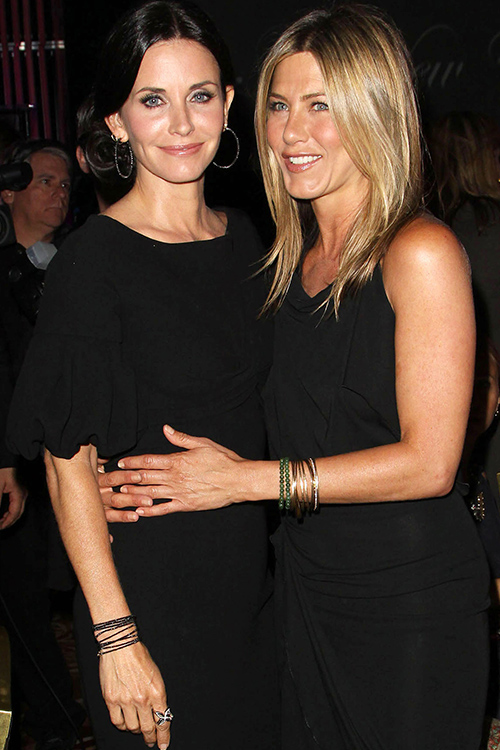 Courteney Cox and Jennifer Aniston bonded while playing TV roommates on ‘Friends.’  Becoming besties off-screen as well, they were frequently photographed hanging out together.  That is, until 2011, when Courteney separated from husband David Arquette, and become romantically linked with two of her ‘Cougar Town’ costars, Brian Van Holt and Josh Hopkins.  The switch reportedly reminded Jen of her own divorce from Brad Pitt - who was seeing Angelina Jolie immediately after their separation was announced.  This lead to a falling out between the former friends, who were suddenly absent from each other’s lives.  Courteney and Jennifer’s relationship may be on the mend though, the famous duo reunited for a double date earlier this year. 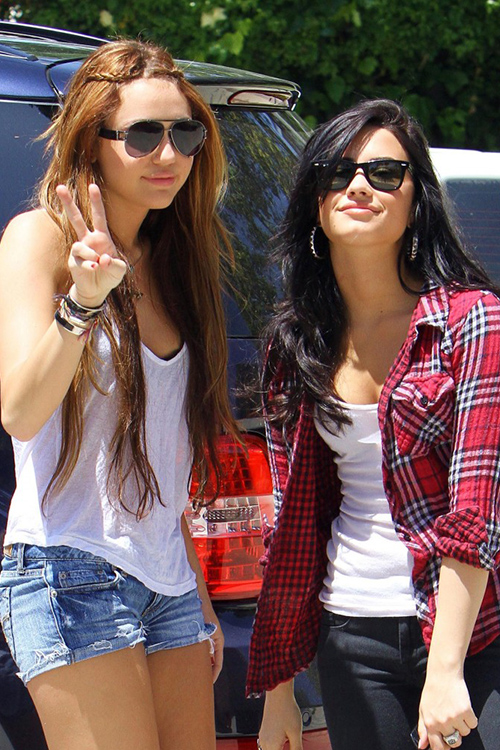 These former Disney stars used to be joined at the hip, but today Demi Lovato says she and Miley Cyrus are merely acquaintances - a far cry from their prior BFF status.  When a fan asked Demi about her relationship with Miley live on the radio last year, the starlet was hesitant to answer, mumbling, “Um… yeah… that.  Um… we’re, we’re like… we’re acquaintances.”  Yikes.  Gaining her composure Demi added, “It’s life, and people change.  I don’t have anything in common with her anymore, and I wish her the best.”  After spending time in rehab, one can only speculate that Demi’s desire to distance herself from Hollywood’s party scene meant also distancing herself from her one-time bestie. 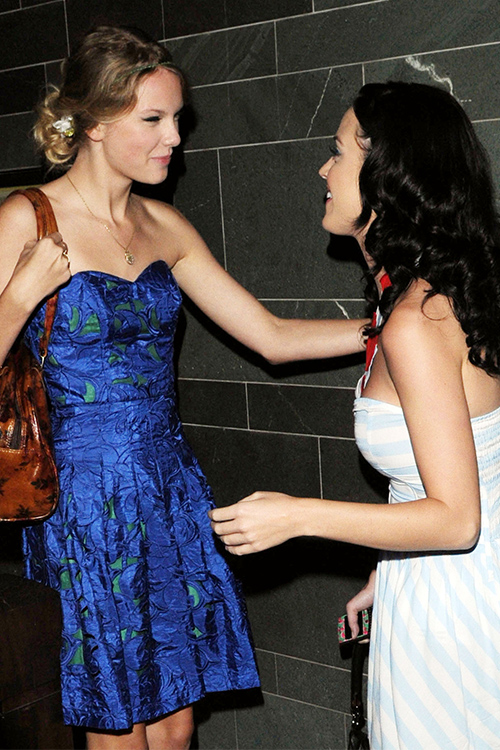 Taylor Swift is so mad at Katy Perry, she wrote a song about it and in the process took their relationship from frenemies to “straight up enemy” status.  When questioned about ‘Bad Blood’ the angriest track on her 1989 album, Taylor told Rolling Stone, “For years, I was never sure if we were friends or not.  She would come up to me at awards shows and say something and walk away, and I would think, ‘Are we friends, or did she just give me the harshest insult of my life?’”  Though Taylor never confirmed that she was talking about the ‘Firework’ singer, the day after the Rolling Stone profile appeared online, Katy tweeted, “Watch out for the Regina George in sheep’s clothing…”  #Burn