The world shines a little less brightly after the death of these 10 stars who left us too soon.

Chris Cornell was the frontman for Soundgarden, Audioslave and Temple of the Dog. Chris was most known for his contribution to the grunge movement. He was nominated for 14 Emmy awards and took home two of them. Cornell suffered from depression and substance abuse throughout his career. On May 18, 2017, Chris was found dead on the bathroom floor following a performance. His death was ruled a suicide. 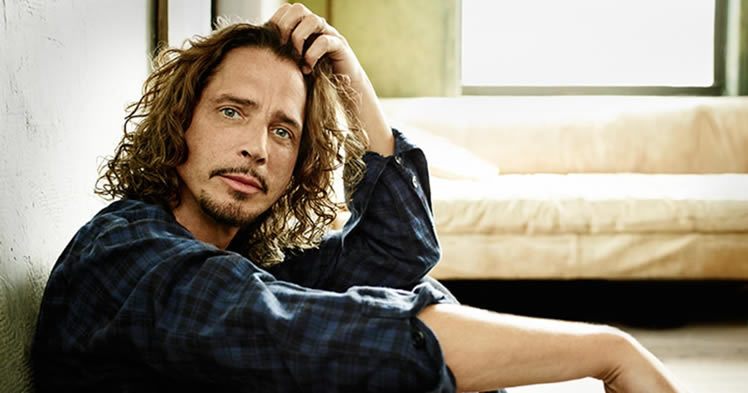 Best known for his role in the Fast and the Furious franchise, Paul Walker passed away as he was working on the seventh installment of the series that helped his rise to fame.  The actor died instantly when the car he was in crashed and exploded on November 30, 2013 in Santa Clarita, California.  Further investigation into the accident revealed speed was to blame for the deadly crash. 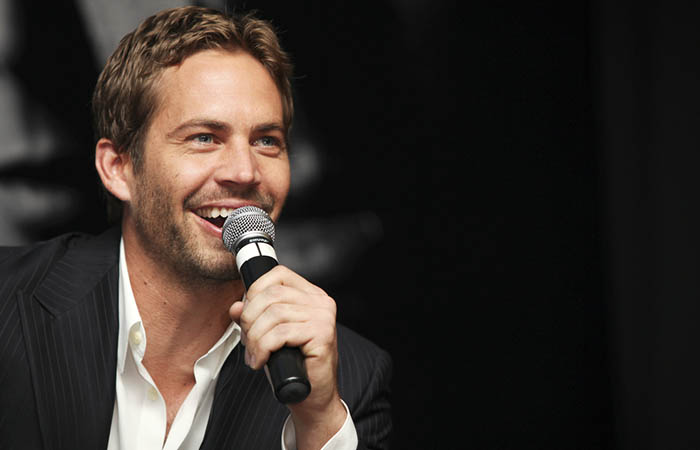 Getting her break as Tai in ‘Clueless’ opposite Alicia Silverstone, Brittany Murphy continued to deliver memorable performances in films like ‘Girl, Interrupted,’ ‘Don’t Say a Word,’ and ‘8 Mile.’  After reportedly battling the flu, the 32 year old actress died of cardiac arrest in December 2009 after collapsing at her Los Angeles home.  Her husband, Simon Monjack, also died somewhat mysteriously the following year - something that has lead to plenty of conspiracy theories surrounding Brittany’s death. 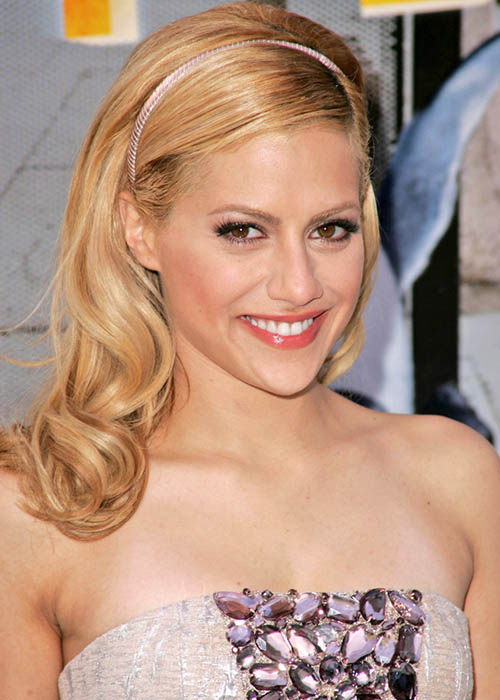 Whitney Houston’s powerful voice topped the charts in her prime, with hits such as, “I Will Always Love You,” and “I Wanna Dance with Somebody.”  However, she also struggled with addiction and a tumultuous personal life that included a troubled marriage to Bobby Brown that frequently made headlines.  Whitney died from accidental drowning in the Beverly Hilton hotel on February 11, 2012. 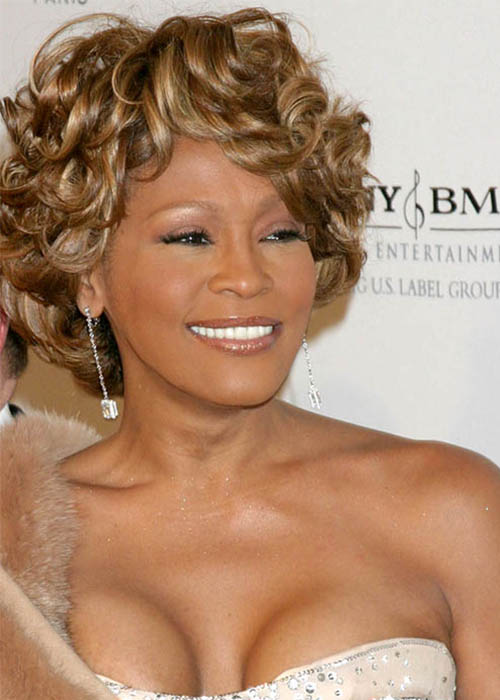 Cory Monteith’s swoon-worthy singing voice and boyish good looks quickly made him a household name.  Starring as Finn on Glee, Cory’s own teenage years were a far cry from the successful high school quarterback he played on TV.  The star first entered rehab at age 19, and sought treatment again in 2013, a few months before his death in a Vancouver hotel room.  In an interview Cory said, “I don’t want kids to think it’s okay to drop out of school and get high, and they’ll be famous actors too.” 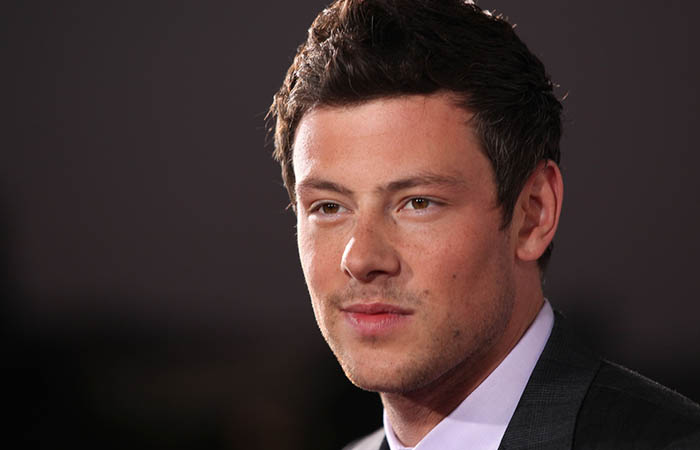 After hitting her head in what was thought to be a minor fall while skiing in Quebec, Natasha Richardson died two days later from blunt trauma.  The actress left behind her husband of 14 years, Liam Neeson, and their two sons.  Five years following the incident, Liam confessed that it’s still hard to believe his beloved wife is gone, saying, “Any time I hear that door opening, I still think I’m going to hear her.” [E! Online] 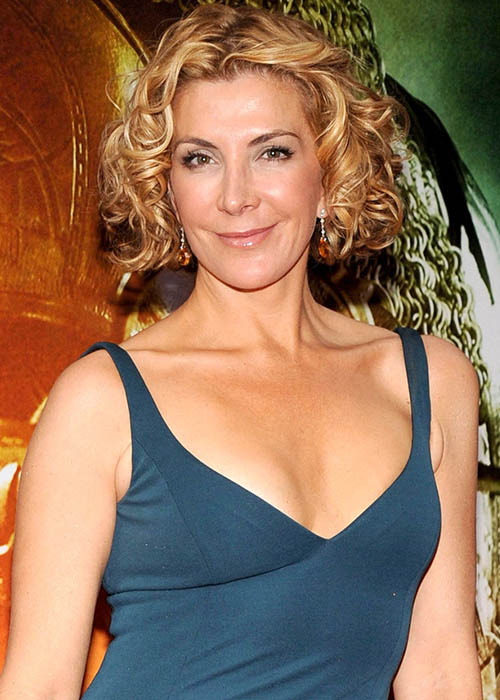 Philip Seymour Hoffman had just completed rehab, and seemed to be moving on with his life.  However, the actor was found dead of an apparent drug overdose in his New York City apartment on February 2, 2014.  Known for his work in ‘Boogie Nights,’ ‘Capote,’ and most recently, ‘The Hunger Games’ franchise, Philip was described in his New York Times obituary as “perhaps the most ambitious and widely admired American actor of his generation.” 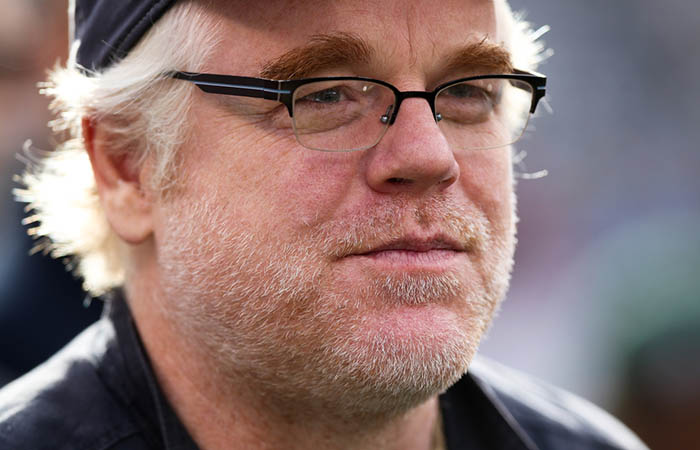 A rising star who was at the top of her game, Amy Winehouse sadly succumbed to her personal demons.  The British singer died of alcohol poisoning on July 23, 2011 at just 27 years old.  At the time of her death, Amy’s album, ‘Back to Black,’ posthumously became the UK’s best selling album of the 21st century.  Just three years earlier, Amy said that she feared becoming part of the infamous 27 club, which includes Kurt Cobain, Janis Joplin, and Jimi Hendrix. 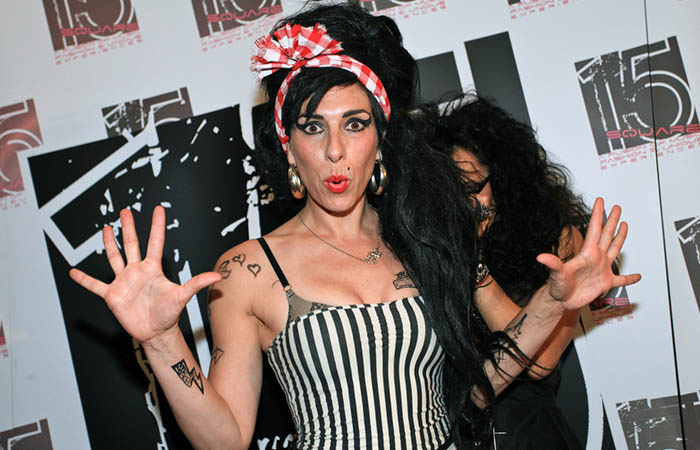 He had just finished the performance of his life as The Joker in ‘The Dark Night,’ and the character reportedly had taken its toll on Heath Ledger’s ability to sleep.  The actor was found dead in his Manhattan home in January 2008 after an accidental overdose.  Heath was just 28 years old.  The Australian native won a posthumous Academy Award for his final performance, which was accepted by his family.  Heath left behind a young daughter, Matilda, his child with actress Michelle Williams. 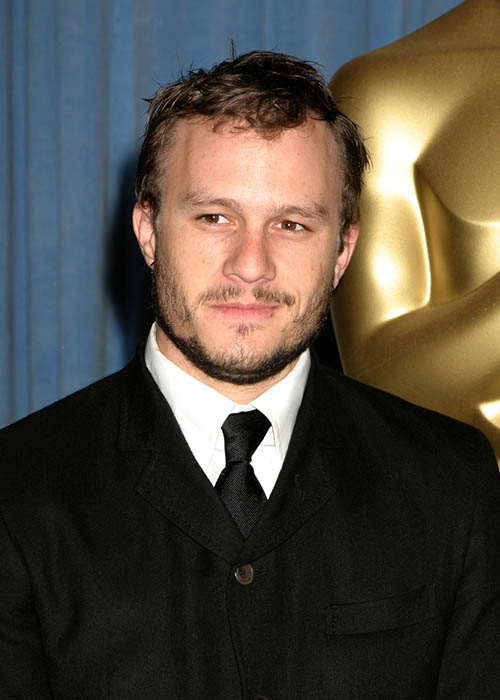 Just weeks before making what should have been a big comeback, Michael Jackson was found unresponsive in his Hombly Hills, California home.  The King of Pop was rushed to UCLA Medical Center on June 25, 2009, but sadly, could not be resuscitated.  Taking the microphone at the memorial for her father, Paris Jackson said, “Daddy has been the best father you can ever imagine.  And I just want to say I love him so much.” 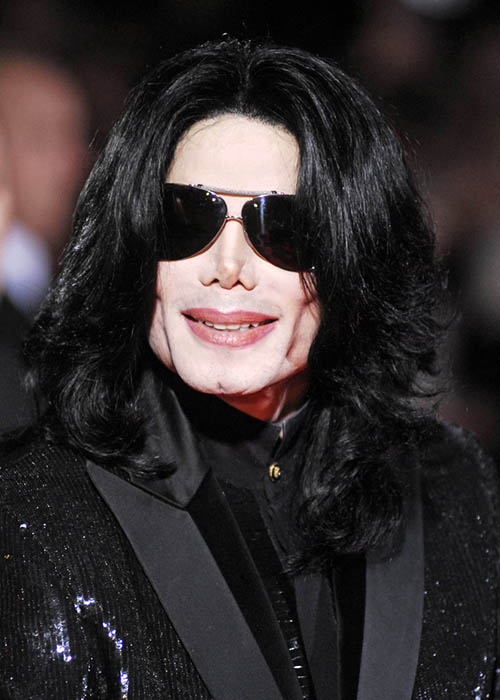 After rescheduling a number of shows due to influenza, on his flight back to Minneapolis early on the morning of April 15, 2016, he became unresponsive and was hospitalized. A few days later after leaving the hospital against medical advice, the Carver County Sheriff’s Office received a 911 call requesting an ambulance to be sent to Prince’s home. The singer was pronounced dead due to an accidental overdose of fentanyl. He was 57 years old. 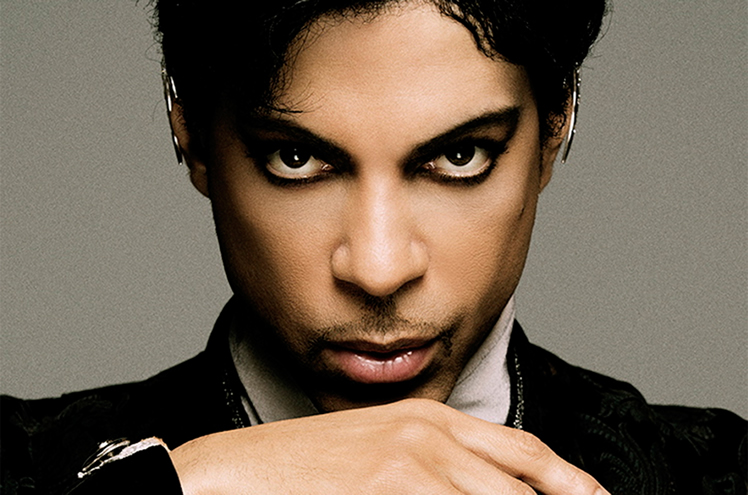 The American singer song writer was best known as the front man for the rock band Linkin Park. He was also the lead singer for Stone Temple Pilots and dead by sunrise. He worked with Santana, Mötley Crüe, and had small roles in the films Saw 3D and Crank and Crank: High Voltage. Bennington unfortunately took his own life at the age of 41. 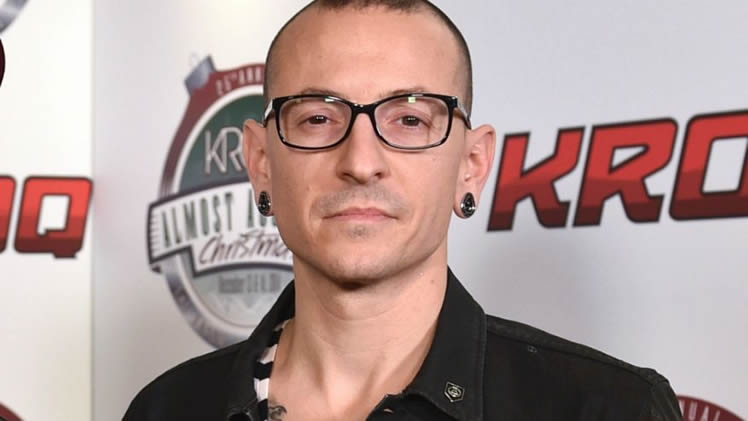 The American actor, musician and activist River Phoenix became a teen idol after his appearance in the notable 1986 coming-of-age film Stand By Me. When Phoenix was only 23 years old, on October 31, 1993, he collapsed and died outside the nightclub The Viper Room in West Hollywood. The cause of his death was combined drug intoxication following a drug overdose. He was the older brother of the actor Jaoquin Phoenix. 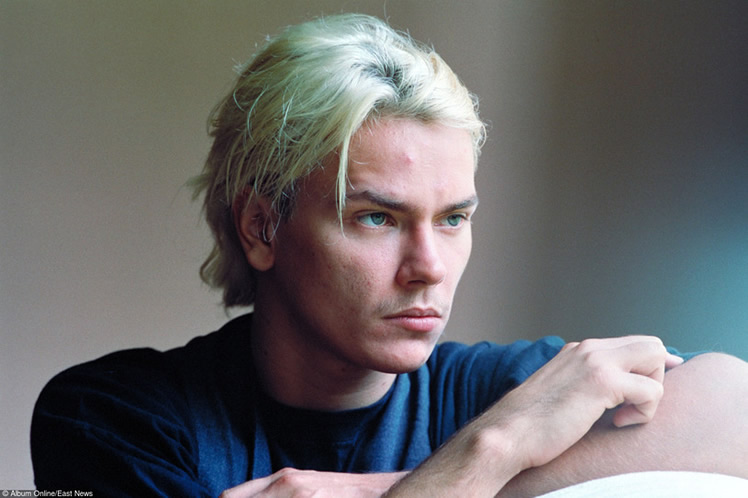 On 31 August 1997 Princess Diana was fatally injured in a car crash while driving through the Pont de l’Alma tunnel in Paris. At the time of her death, she was 36 years old. When her funeral was televised 32.10 million viewers tuned in making it one of the UK’s highest viewing figures ever. Her death was sudden and unexpected, and many senior figures from around the world made tributes. 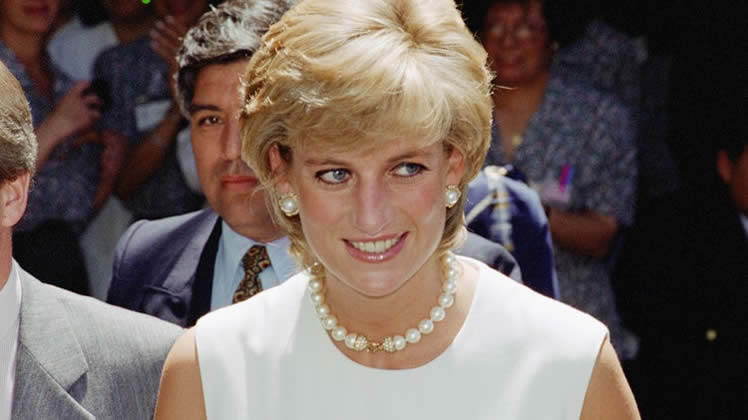 Robin Williams acting talents - and larger than life personality - endeared him to fans around the world.  The Oscar winner earned more than 100 acting credits over the course of his successful career, which came to an untimely end in August 2014.  Suffering from paranoia and severe depression, Robin took his own life.  His ashes were spread in the San Francisco Bay. 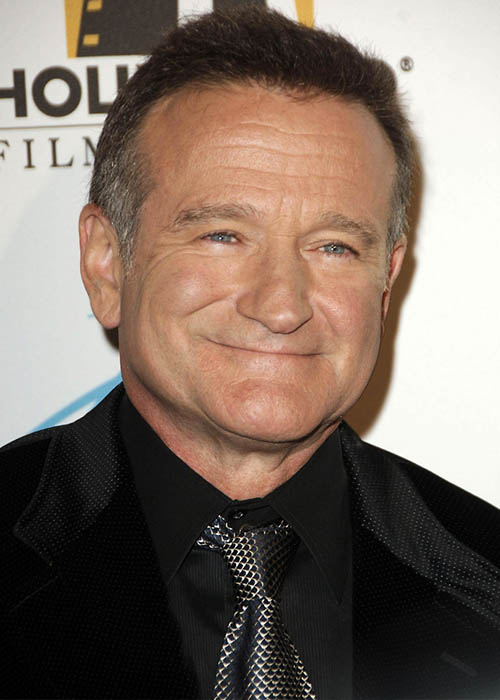 The American recording artist Aaliyah Dana Haughton was tragically killed on August 25, 2001, when the small passenger plane that was carrying her and her crew crashed and burst into flames after taking off from Abaco Island in the Bahamas. She had just completed work on the video for her single “Rock the Boat.” At the time of her death, she was only 22. 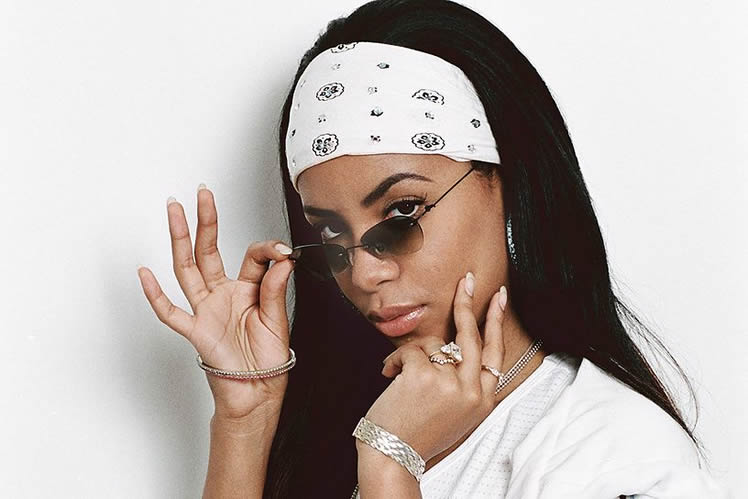 On the night of September 7, 1996, the rapper Tupac attended a boxing match between Bruce Seldon and Mike Tyson at the MGM Grand in Las Vegas. After leaving the fight, while Shakur was stopped at a red light at the intersection of Flamingo Road and Koval Lane, a white Cadillac pulled up and rapidly fired gunshots at him. He died aged 25 from internal bleeding on September 13 while in the intensive care unit of University Medical Center of Southern Nevada. 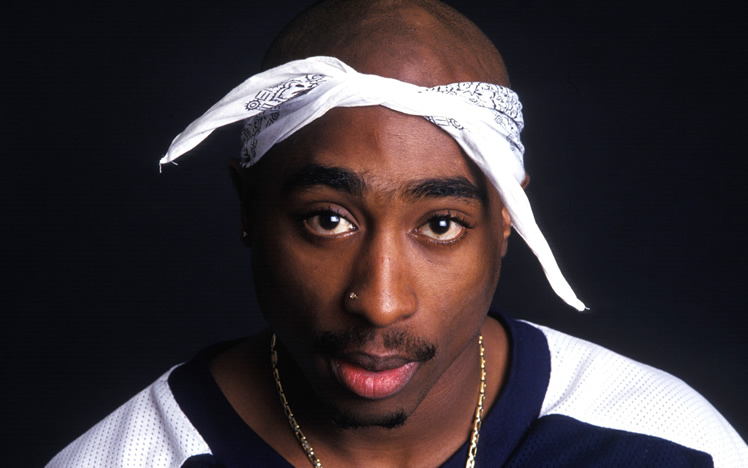 The prolific singer Freddie Mercury released a statement that he had tested positive for HIV/AIDS in November 1991. Just over 24 hours after releasing this statement he died at the age of 45 in his home in Kensington. The official cause of death was bronchial pneumonia that had resulted from AIDS. 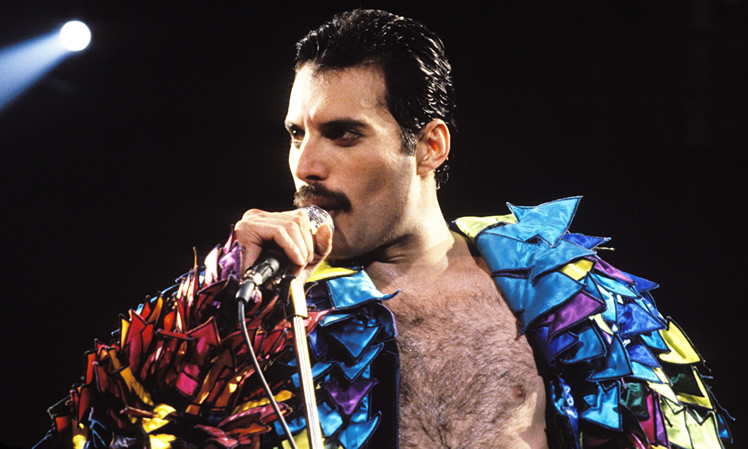 John Lennon gained worldwide fame as a member of The Beatles and then for his solo career, political activism and pacifism. On December 8, 1980, he was shot dead by Mark David Chapman outside his residence in New York. Lennon was 40. Chapman admitted to the murder, claiming that his motive was nothing other than to gain attention. He was sentenced to life imprisonment for second-degree murder. 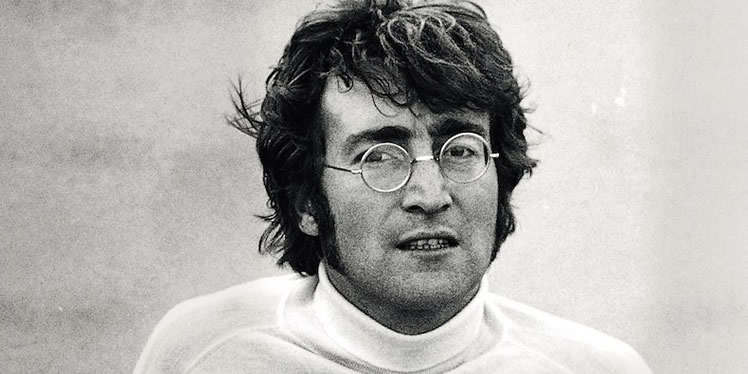 On August 16, 1977, Elvis Presley suffered a heart attack at his estate in Graceland. He had suffered from a number of ailments such as high blood pressure, liver damage, glaucoma and an enlarged colon that were presumably caused by drug abuse. Since his death, there have been numerous alleged sightings of Presley, and some conspiracy theories claim that he faked his own death at age 42. 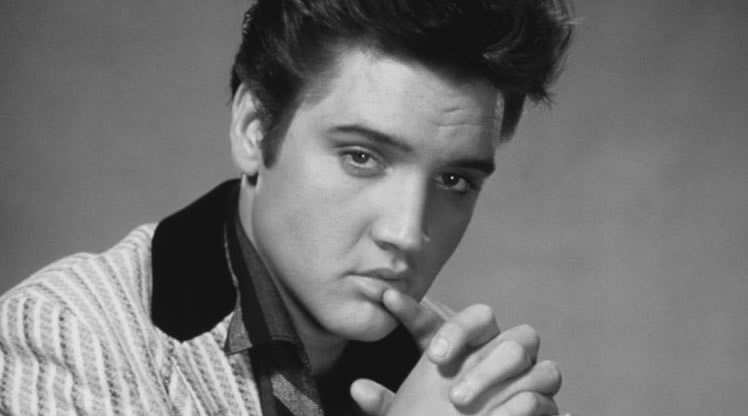 In what has been described as a “freak accident”, on the early morning of June 19, 2016, the young Star Trek actor Anton Yelchin was found by friends pinned between his car and a brick pillar outside of his home in California. The Jeep rolled back from his driveway and trapped him against the pillar, crushing his lungs. At the time of his death, Yelchin was 27 years old. 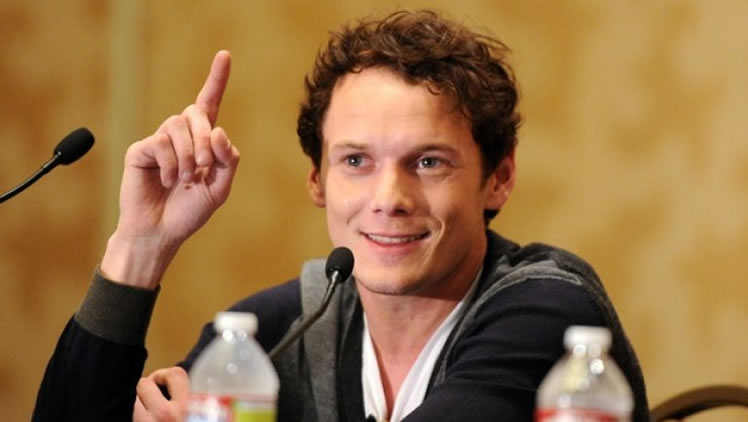 English singer, songwriter and actor David Bowie died on 10 January 2016 after suffering from liver cancer for the previous 18 months. Two days before his death Bowie released his twenty-fifth studio album Blackstar which had coincided with his 69th birthday. He was cremated in New Jersey and, in accordance with Buddhist rituals, his ashes were scattered on the island of Bali where he vacationed in the 1980’s, penning the song ‘Tumble and Twirl’. 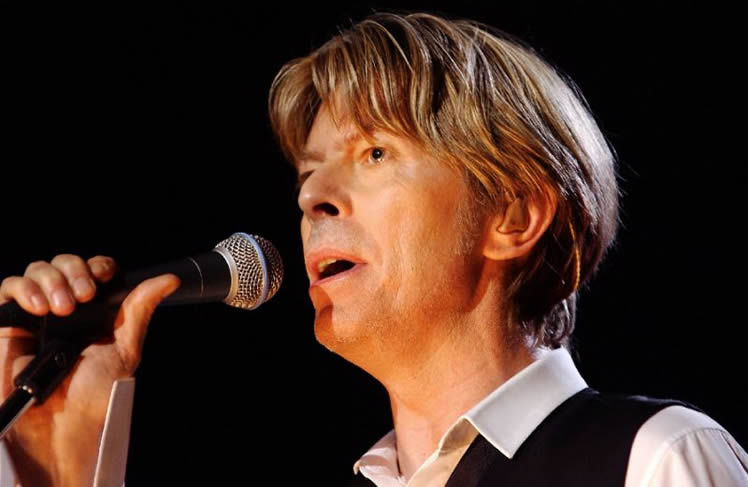